Its been forever since I have posted something due to various reasons – buying and selling homes, moving, settling-in, work, no notable trips, and just life in general 🙂 However, I need and want to get back to some blogging. I need to play catch-up a bit. Last weekend I finally got back into my beloved Gore and climbed a line I had spied 2 years ago while deep in the remote South Rock Creek drainage below Valhalla Peak’s east face. This is the location of the beautiful Asgard Meadows flanked by Vahalla’s two eastern ridges: the north being the infamous Asgard Ridge and the southern being the locations of Loki, Thor, & Freya Towers. 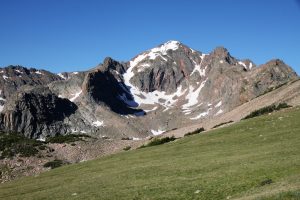 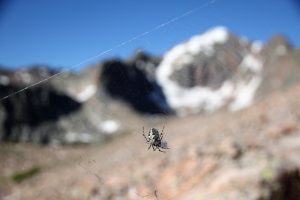 I recruited my super strong, young, triathlete buddy, Dylan Friday to go with me and he was excited as well. Dylan hasn’t led anything in his life (yet), but he would follow me up anything and is a great partner. We left the North Rock Creek TH around 6:15am and did the normal approach via the southern flank of Asgard Ridge into Asgard Meadows in about 2-1/2 hours with loaded packs of climbing gear. 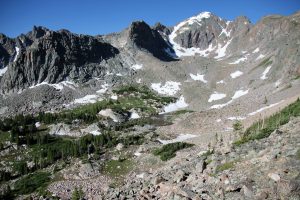 Looking down on Asgard Meadows 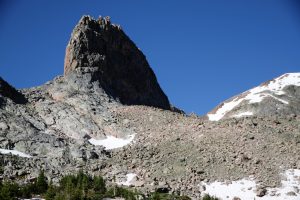 Looking up at the mighty Thor Tower from Asgard Meadows

So, close to 2 years ago, after Ryan Marsters, Mike Santoro, & myself made the first ascent of Freya’s east ridge, we contoured around to the south of Thor Tower to head up and climb Stan Wagon’s western 5.6 route up Thor. Upon our contouring, I spied a nifty, clean-looking dihedral on Thor’s south face that grabbed my attention. I knew I had to go back and try and climb this line. 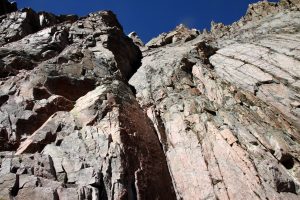 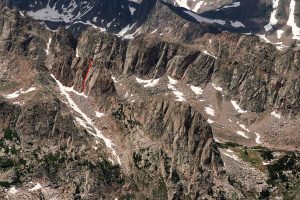 This picture is borrowed from Stan Wagon and is taken from Rain Peak to the south. It shows well the southern faces of the towers and our line up Thor is drawn in red 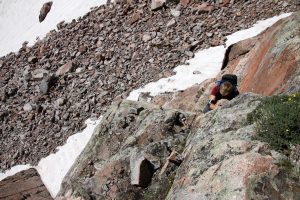 We reached a small ledge and racked up. Dylan, being the strong ox he is, put my backpack in his backpack on his back to lighten my load significantly. I took off up our 1st pitch on some fun 5.7 climbing for the first 50′ or so placing two pieces. One thing I do look for in lines to climb is always the objective danger, i.e. falling rocks, and one of the alluring aspects of this dihedral was the apparent absence of potential rockfall. There were a few 5.8 moves and then a nice section of 20-30′ of 5.9 climbing towards the end of our first pitch involving some finger layback moves. I was running out of rope and looked up ahead, but there were no obvious belay spots with the upcoming roof crux. I wasn’t on a great ledge or anything, but figured it would do since I had a good crack to build my anchor to the left and at least a few tiny ledges to put my feet on. 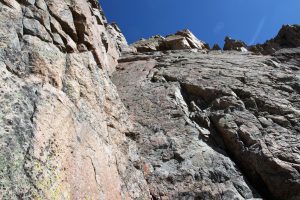 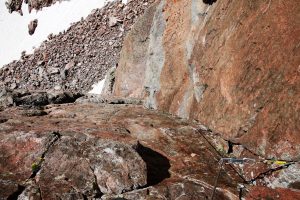 Looking down our pitch 1 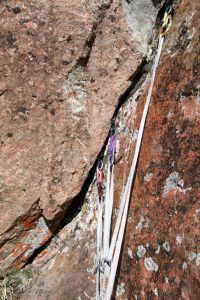 My anchor at the top of pitch 1

I put Dylan on belay and he followed up pitch 1 cleaning my gear. He really climbed well especially given his loaded backpack. 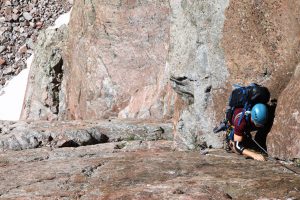 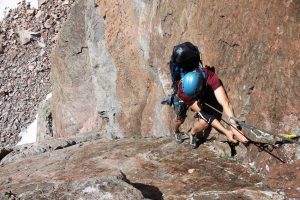 Dylan reached me, swapped the cleaned gear back over to me, and he put me on belay for the seemingly harder pitch 2. I was hoping and pretty sure I could reach the ridge crest of Thor and set up a belay. 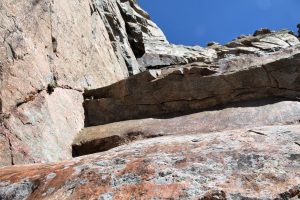 The first 30′ off the belay was some interesting and thought-provoking 5.10 climbing. Especially getting into the dihedral and stemming below the roof and pulling the roof into a super thin seam where I could only get a nut to protect the moves. The right face was slick, lichen-filled granite, which didn’t inspire confidence when laybacking. All in all, I did it clean and made my way onto easier climbing above and moved right to the base of a pillar. I placed a small 0.5 cam at the base of the pillar, slung it, and climbed up maybe 5.7 rock for a good 25′ feet before getting another cam in a solid crack to the left. I reached the ridge after another 10′ of climbing and set up a belay. Dylan climbed it well and reached me at the ridge. 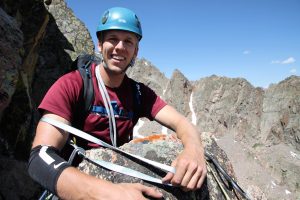 The terrain from the top of pitch 2 to the east looked a bit spicy, so I kept the rope on and led out and up to the east across some 5th class terrain. I didn’t place any gear, but soon reached much easier terrain on the ridge crest and belayed Dylan up to me. Just not wanting to de-rope and all I just continued onto the summit and Dylan followed me. 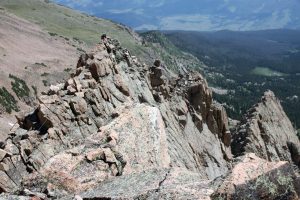 Dylan beginning the traverse over to the summit 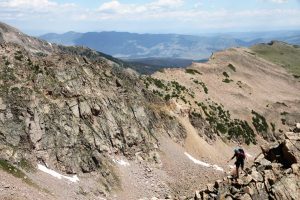 Dylan on the summit of Thor! And via a new route at that!

Once on the summit, we took in the views and opened the small summit cannister where Stan’s business card and a patch from father’s and my made-up “Chalk Hill Expeditions”. I would highly doubt anyone had been up here in the 2 years since I was last here – at least there was no evidence that I could find. 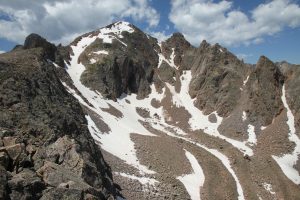 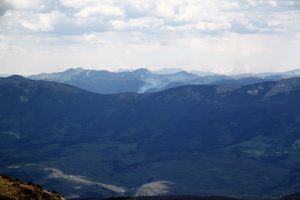 We then descended a bit down to Stan’s rappel webbing and I threw our rope down to rappel. 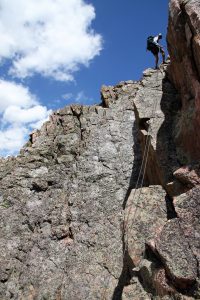 Dylan on the short rap 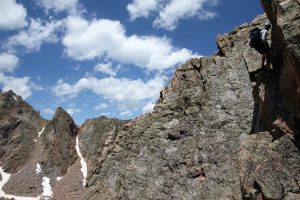 Dylan rappelling with a portion of Asgard Ridge as a backdrop

We then stowed the rope and our climbing gear and traded our TC pros for Hokas. The descent down the north from the small col was loose as always but relatively short-lived until we reached what I have come to call “Asgard Lake”. Its a beautiful, completely clear, glacial blue lake. 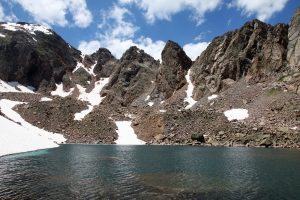 Making our way down the boulderfields and back through Asgard Meadows was a treat and then we ascended back up to the southern flank of Asgard Ridge. We made it back to my car by 3:30pm for a roundtrip time of 9 hrs and 15 minutes. This was a great day and I’m so grateful that it worked out. Always nice when things come together. Special thanks to Dylan for partnering up with me for this adventure. On the way out, Dylan was asking me what a “dihedral’ really stood for and I explained essentially it was a rock feature in the shape of an “open book”. Then, he suggested “why don’t we call the route ‘Book of Thor’?” Perfect. Book of Thor (5.10) it is.