Spring ski-mountaineering for the Chalks & friends continues to be a favorite springtime hobby. Kristine and Mikey Santoro drove over to the Mt. Sopris trailhead on a Saturday evening, camped out under the stars, and skinned and skied this classic 12,953′ behometh outside of Carbondale on Sunday, April 30. Kristine, myself, and numerous friends over the years (really since 2004) used to climb and ski this awesome ski-mountaineering mountain every spring. I still remember Rainie and my first time up Sopris in the spring of 2004. However, we hadn’t skied the peak for a few years now and Kristine wanted to go back. Mikey hadn’t done it and wanted to go so their plan was set. It was a beautiful, albeit windy, day up in the hills. I thought they made good time up the approximate 12 mile roundtrip with 4,400′ vertical gain route as they were back mid-afternoon. 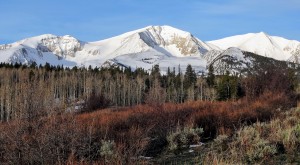 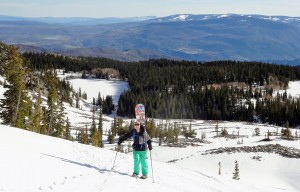 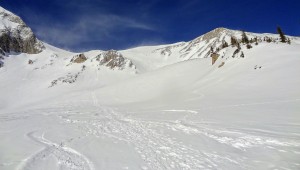 The Thomas Lakes Bowl. Windy up on the ridge! 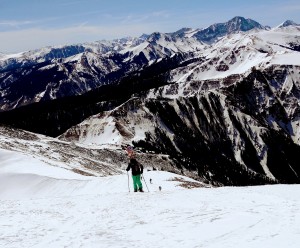 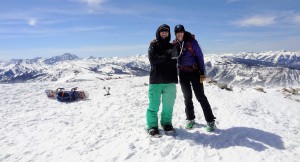 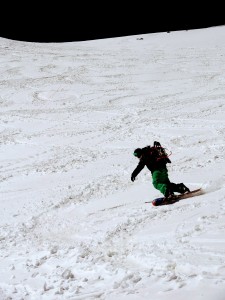 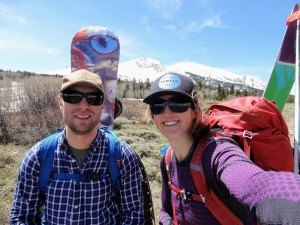 All smiles back at the trailhead

The next weekend on Saturday, May 6, Dylan, J, and I ventured back into the Gores up the familiar Booth Creek drainage. Our goal was to ski The Fly’s southeast face. A few of us had climbed The Fly several times in past years (linking it with The Spider to the north), but never skied it. 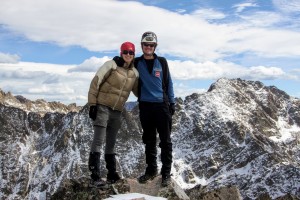 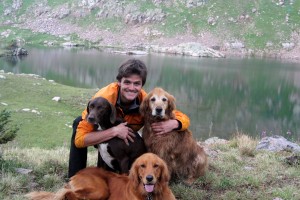 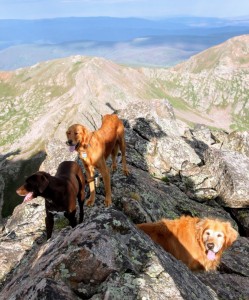 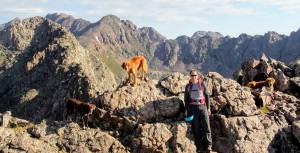 I couldn’t get J to start any earlier than 6am (I wanted to get going pretty early because it was gonna be a super warm day), but we made decent time up into the upper Booth Creek drainage trying to make up some time.

Mt. of the Holy Cross and Vail from the upper Booth Creek drainage 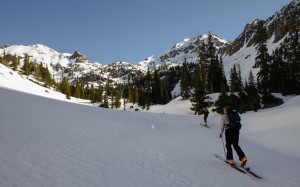 After maybe 3 hours in, we rounded the corner and approached Booth Lake and The Fly. 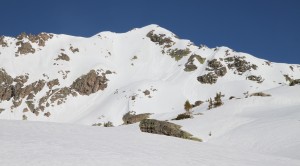 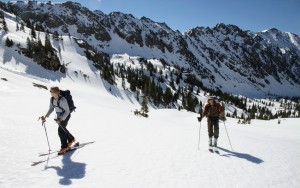 Skinning with Outpost Peak behind to the right

We then came upon some strange tracks that at first we thought were human. They went all the way up to about 12,000′ on the east ridge of The Fly. Well, we decided to follow them as a broken booter was better than breaking it ourselves. However, they just weren’t normal steps at all. I found myself breaking trail anyway as I could not figure out the pattern of the footsteps. Eventually, we learned that these were bear tracks! We were wondering what in the world the bear was doing going all the way up steep snow to The Fly’s east ridge. 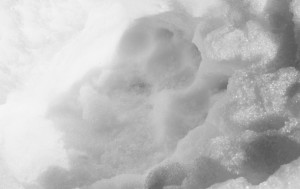 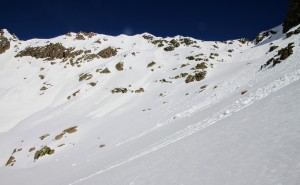 Following the bear tracks to the east ridge 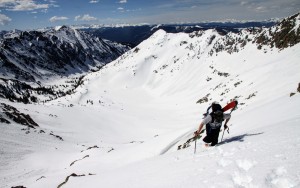 Dylan making his way up to the east ridge

Once on the east ridge, the climbing and views were really fantastic, though the snow was getting way too warm for my taste. It was stifling hot out! 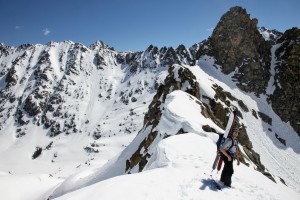 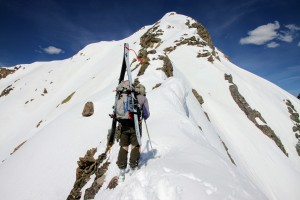 J and the Fly’s east ridge 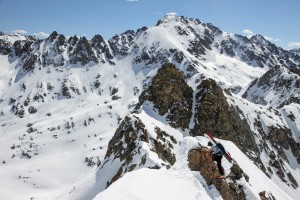 After a knife-edge of snow and a downclimb around a small tower, we pushed onto the summit. 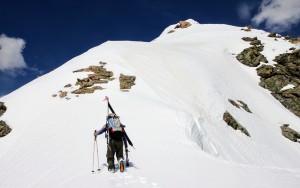 J on the final push 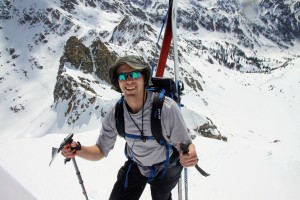 Dylan loving his first time in the Gore 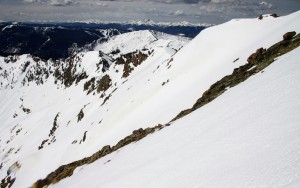 Looking over at the southeast face we would ski

We topped out maybe around 10:45am and started to ski pretty immediately. It was pretty warm and expectedly J knocked off a few minor wet slides and let them roll below him before he skied down. 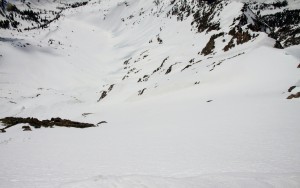 Looking down the line from the summit 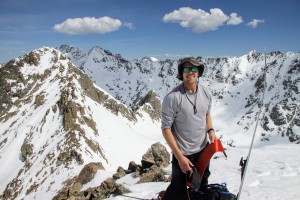 Dylan with the Spider behind 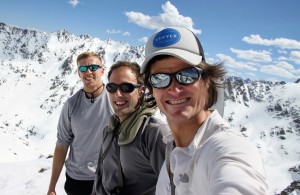 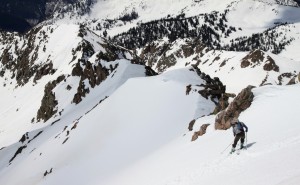 J taking off down the southeast face

J way down there 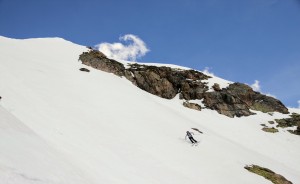 It was pretty darn heavy, wet snowy from my perspective, but fun nonetheless. Would have been certainly nice to hit it 2 hour earlier. We managed all our slough just fine and regrouped and hung out for a bit back at Booth Lake. 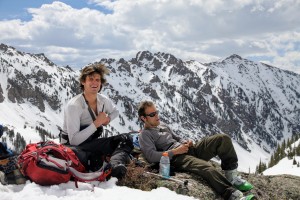 Hanging out back at Booth Lake

The ski out was pretty fun yet sloppy. We put our skis back on our packs around the top of Booth Falls and hiked the remaining 2 miles back to the car on the dry trail. It was only about a 7 hr RT day, so really not all that long. The Fly was a fun climb & ski and I look forward to hopefully doing it again next spring.