Welp, I think we all knew the snow was coming, so in an attempt to get up in the Gores one last time without dealing with the snow, I wrangled together Dylan, Chris, & J for one last day. The one last area of the Gores I had really not visited was the Peaks X, Y, & Z area to the northwest of the North Boulder Creek drainage. There was also Peak W between Peak X and East Partner, but that would wait for another day. 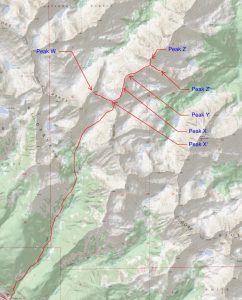 J, Dylan, & I had actually never ventured off the Pitkin Creek trail to the northeast to access Usable Pass, so this was all a real treat. Chris overslept his alarm and missed our departure at the TH, but I told him to just catch up as we were just steadily meandering up the trail (partially due to Dylan’s super late night of a substantial quantity of beer and Taco Bell – ah, 25 year olds). After a semi-close encounter with a black bear on the turn-off, we made our way up into the beautiful basin below East Partner’s east slopes and up to Usable Pass in the steadily increasing wind. 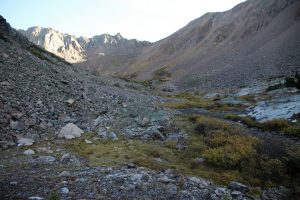 Looking up the basin to Usable Pass and Peak X’

The wind was whipping and chilly at Usable Pass, but the sun was warming things up and we pressed on up the southeast ridge of Peak X’. 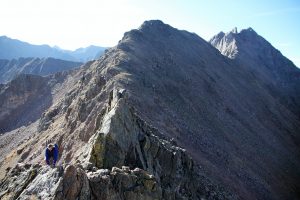 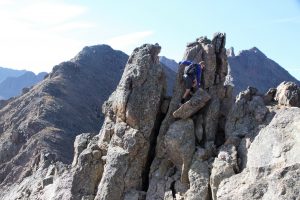 We came up to the large south-facing slab up Peak X’ which looked amazing. However, with old Hokas on and no traction, we decided to skip this scramble (low 5th class?) and curve around to the right of it. 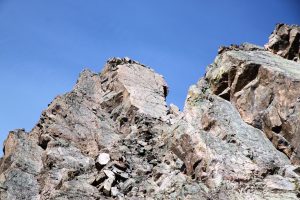 Nonetheless, I chose to climb this dihedral around the corner which was probably tougher than the slab itself. J and Dylan took a line further east of the dihedral. 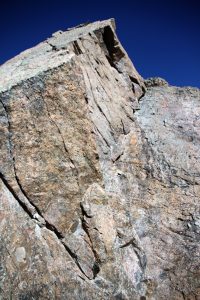 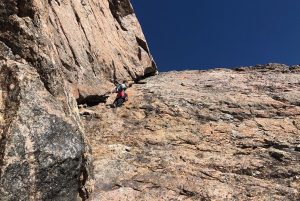 Dylan took this of me half-way up the dihedral

After these completely unnecessary climbing lines, we scrambled our way to the fun little summit of Peak X’. 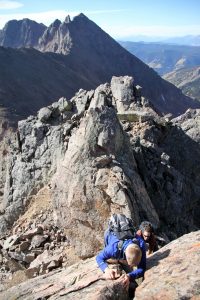 We descended the much mellow class 3 terrain down the east ridge en route to Peak X. At this point, we looked back to Usable Pass and saw Chris! He had made it after all and was at Usable Pass. I motioned for him to just contour over to Peak X’s west ridge and skip X’ altogether. We meandered up Peak X and relaxed on the summit waiting for Chris to join us. 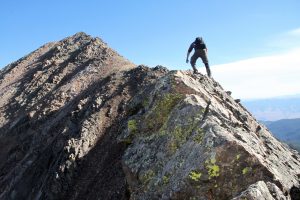 J and Peak X ahead

I descended a bit down Peak X’s northeast ridge to scope the traverse over to Peak Y and it looked fairly straightforward. By the time I came back up to the summit of X, speedy Chris Baldwin had arrived. 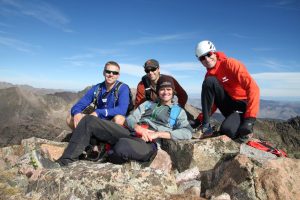 Looking forward to Peak Z and Z’ to the east. Still some distance to cover

Poor Dylan was really feeling the activities of the previous night and wanted to get down. I told him to follow us a bit down to the low point with Peak Y and we can find him a gully to descend down to the basin below. 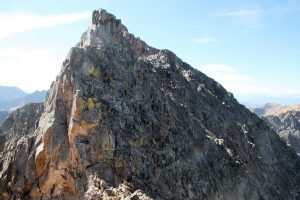 We did find a decent class 3/4 gully for young Dylan to descend and we said our farewells. Chris gave Dylan the keys to his car and he ended up rolling all the way back to the TH solo and getting on home. Chris, J, and I continued on to Peak Y. 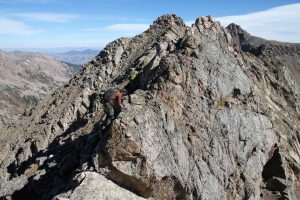 J on a mini knife-edge 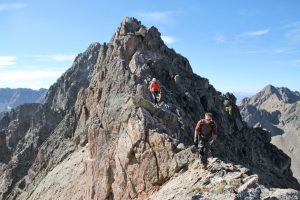 En route to Peak Y with Peak X behind 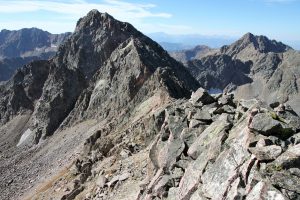 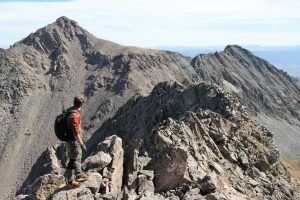 Staying on the ridge crest, we traversed east from Peak Y’s summit. Fairly mellow scrambling led to a drop-off down to a small col hundreds of feet down (would require a rappel). Darn! I guess we would have to descend to the south on steep ledges to bypass this notch. J remained low and contoured up to Peak Z’s west ridge. Baldwin and I ascended back to the small notch and scrambled the remaining ridge down to the low point saddle between Peaks Y & Z. Peak Z’s west ridge was simple enough and soon we were on Peak Z’s summit. 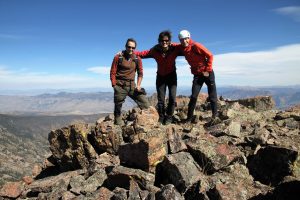 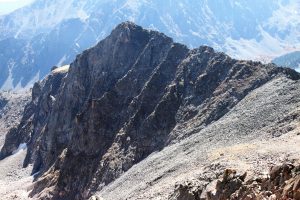 We relaxed for a bit and soaked in the views and made our way down to the very cool northwest ridge of Peak Z’. 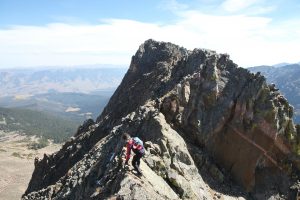 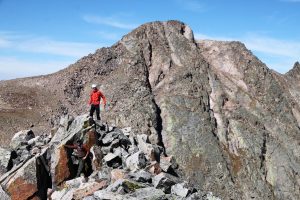 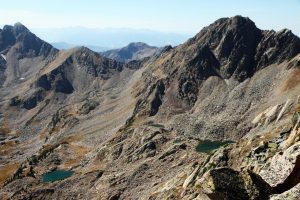 We then reversed the northwest ridge of Peak Z’ and made our way down into the upper North Boulder Creek basin visiting several of the small lakes. 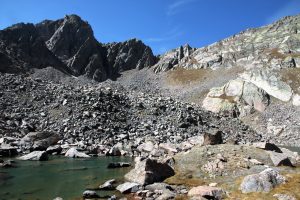 After some liquids and a PB&J, we made our way uphill across minor cliffs and boulder fields back to Usable Pass.

Usable Pass from the east

Once at the pass again, we made our way further west into the basin below East Partner’s southeast face and admired a ski line we would like to try as well as potential rock climbing of its southeast buttress.

This couloir is now on our radar 🙂 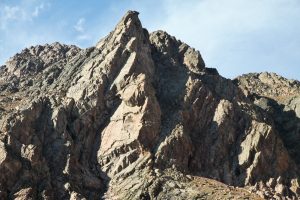 I think we made it back to the Pitkin Creek TH by 4pm and motored home considering J had a week old baby girl at home. Dylan was there and seemed to be doing better and was refraining from beer for the evening for obvious reasons. Fun to get another few Gore peaks in before the snow really started to fly. And, fly it did the very next week.