Our engineering firm, BG Buildinworks, formerly Beaudin Ganze Consulting Engineers, tries to participate in the Griffith Centers for Children sponsored 14er climb every year we can. Griffith Centers is a great organization that helps troubled children and their families. I have led this fun event for 12 of the 13 years I have been with BG and always enjoy the planning and getting folks to participate. This year I chose Mt. Massive, Colorado’s 2nd highest peak, and only an hour and 15 minute drive from the Vail Valley. The southwest slopes route is a good hike with almost 4,000′ of elevation gain in 4 miles to the summit. I hadn’t been up Massive since the day we returned from climbing Denali in June 2007 and wanted to get back on that mountain. 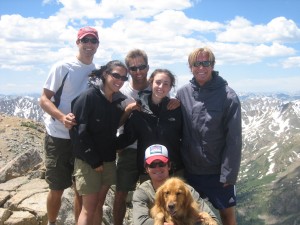 Kona & I didn’t arrive at our big group campsite along the North Halfmoon Road until almost 10pm, but everyone was gathered around the fire as usual beers in hand and laughing. I was up way too late because of some of the young guns and Kona and I crawled into our sleeping bags around 3am. However, I couldn’t stop laughing at Trevor, Dylan, Billy, & Tim around the fire and its quite possible we never went to sleep. Billy called it quits at 5am. I do know, for a fact, that Trevor & Dylan did not go to sleep. Out of our bags at 5:30am, we all piled in a few 4WD vehicles and motored up the 2 miles to the 4WD trailhead parking. Joel Lauran, & Alec joined us that morning as well as none of them had hiked Massive yet. It was fantastic having them along. The hike went well for everyone and a few folks summitted their 1st 14er ever! 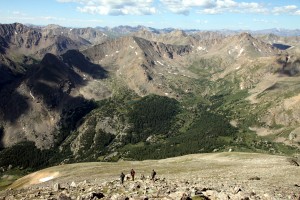 Lauran, Tim, & Seth heading up the southwest slopes of Massive with the Independence Pass area peaks (Grizzly Peak just right of center) behind 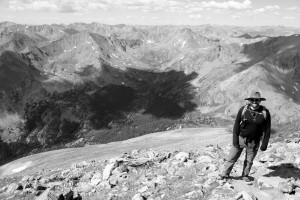 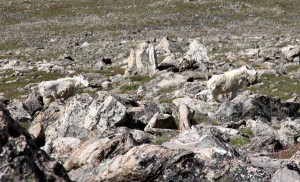 We reached the final summit ridge after maybe 3 hours, but wanted to wait for the rest of the crew. So, Kona & I & Alec took a long break while Joel and folks went up to the summit. I ran back down the trail a few hundred feet to see where everyone was and was delighted to see Billy & Larisa, Eric, & Brent, etc making progress up the mountain. I would guess everyone was on the summit together by noon. 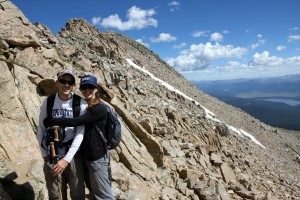 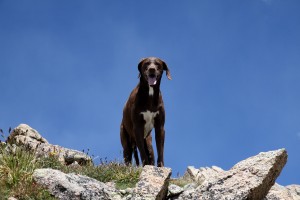 Its always wonderful having Kona looking over me

Billy & Larisa on the summit ridge 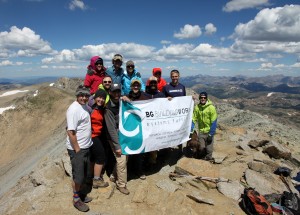 We probably spent 30 min on the summit of Massive and we certainly were not alone. Many other groups and families were on the mountain, which was great to see. It was a gorgeous day with not much of a chance at all for storms even later in the day (per Joel Gratz, of course). 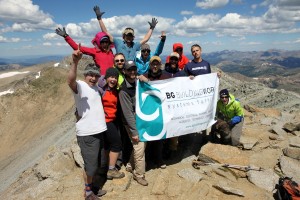 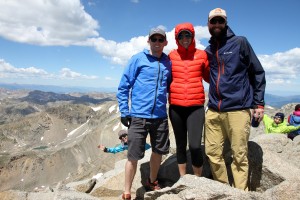 Seth, Britta, & Tim with the Gratzes photobombing this pic as they love to do 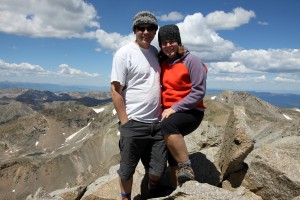 Billy & Larisa. This was Larisa’s 1st 14er in 8 years well before they welcomed any of their 3 young boys into this world. I was very proud of her 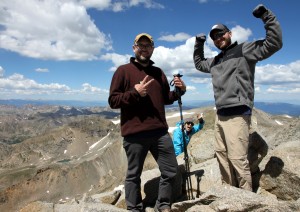 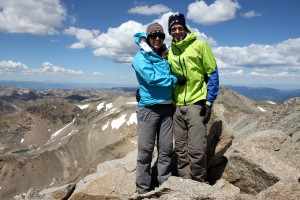 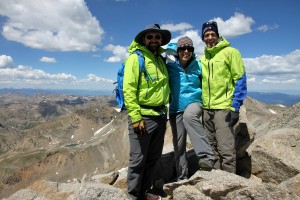 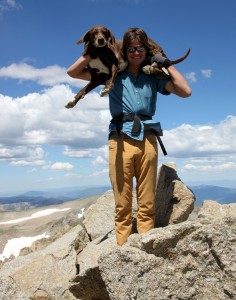 And last but not least, Kona & I. This was Kona’s 1st summit of Massive

My mom also came into town this same weekend and was understanding in my going away for 18 hours for the Mt. Massive hike. However, she had a wonderful time, especially with sweet Sawyer. Here are a few pics of our time together: 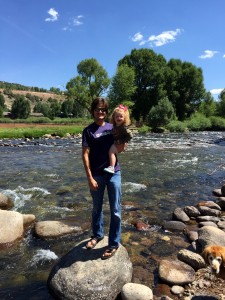 Down at the river 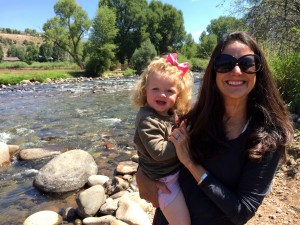 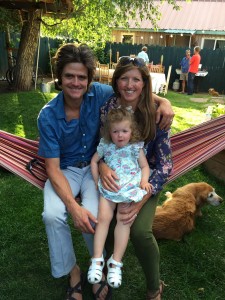 Me, Kristine, Sawyer, and Rainie at the Scherr’s home in Minturn for a Sunday night dinner 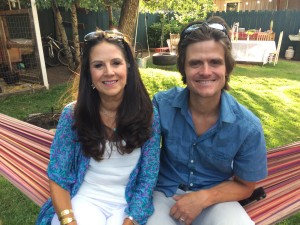 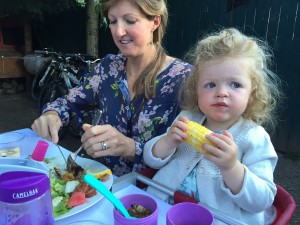 Thanks for coming out, Mom. We all love you!