Top of the Rockies with the Horvaths

After 6 months of planning, our good family friends from Charlotte, the Horvaths, came to the valley. Their main objective was to climb their very first 14er. I chose Mt. Elbert because why not! Its the highest in Colorado and the 2nd tallest mountain in the contiguous USA. This trip was initially a surprise from Steve & Kathy Horvath to their sons, Stephen & Charlie, for their birthdays. Steve, Stephen, & Charlie rented a cool little home in Minturn for the weekend. They hiked up to Lionshead Rock for their first acclimitization hike and I took Stephen & Charlie climbing at Homestake that afternoon while Steve went and got a massage and hit the Westin spa. 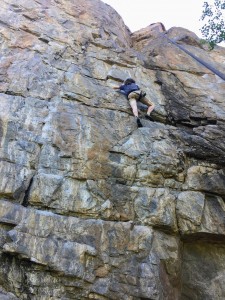 Stephen climbing the awesome 5.9+ at Homestake

And, Charlie. These guys did so well having not climbed outside for a long time

Then, I picked them up at 5:30am on a Saturday morning and we headed south to the North Halfmoon Creek trailhead for Mt. Elbert’s standard northeast ridge route. I brought my skis along on my pack hoping to ski the Box Creek Chutes on the descent while the boys hiked down the trail. We had a great hike and it was exciting watching Steve, Stephen, & Charlie hike to the highest elevation to which they had ever been. 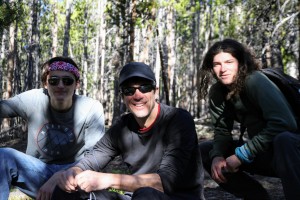 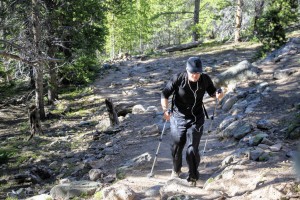 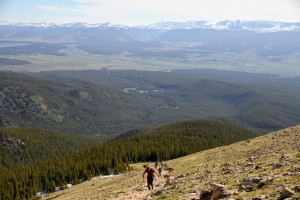 Steve getting above tree line and the views opening up 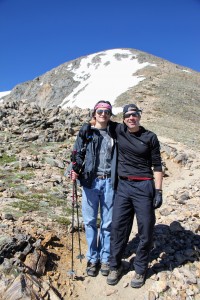 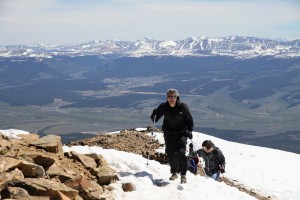 We probably reached the summit only 3 1/2 hours after we left the trailhead, which is incredible for these lowlanders. A brisk west wind greeted us at the top, so we didn’t dilly-dally too long. However, it was an absolutely gorgeous day. 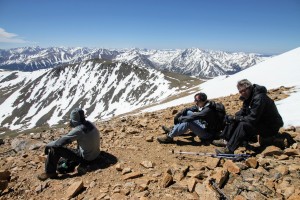 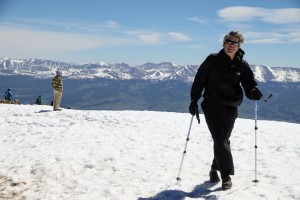 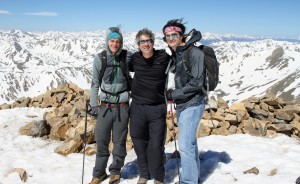 The Horvaths on top of the Rockies 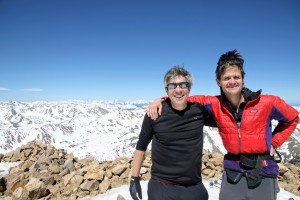 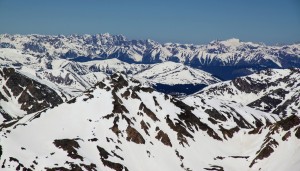 Looking west to the Elk Range 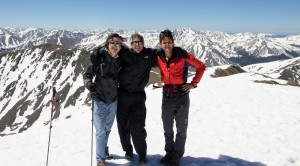 And, one more summit pic

We then headed down and Stephen wanted to follow me down the Box Creek Cirque. He had an extra pole to help him control his glissade down the roughly 40 degree bowl. He did well and had a blast.

Looking down the upper east slopes, which was a stellar ski, leading into the steeper Box Creek Chutes 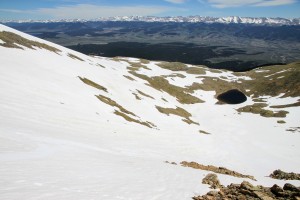 Reaching the rollover point where it gets steep 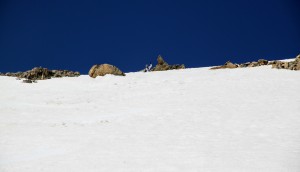 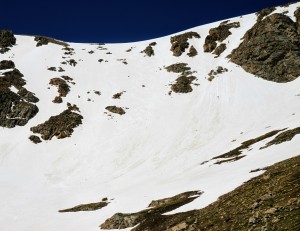 Looking back at our tracks down the Box Creek Chutes

Stephen and I visited the small lake at the bottom of the Cirque and then hiked back up to the trail, took a small nap, and waited for Steve & Charlie to reach us. The rest of the descent was uneventful yet very hot. We reached the trailhead around maybe 1:30-2pm and headed into Leadville to eat some good lunch at the Tennessee Pass Cafe.

Our crew back at the trailhead 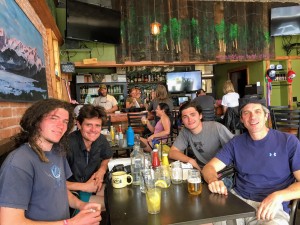 This fitting canvas was on the wall above our table 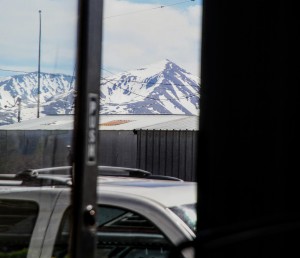 And, we had a nice view out the door

Steve and the boys took Kristine & I out to dinner that evening to cap off a great weekend. Congratulations on your 1st 14er, Horvaths. Hopefully, we can do it again!