Sawyer had her 1st real Halloween this year. She was only 2-3 weeks old last Halloween. We didn’t trick-or-treat, but we did everything else: carved pumpkins, costumes, and a great Halloween party. Next year we will trick-or-treat. 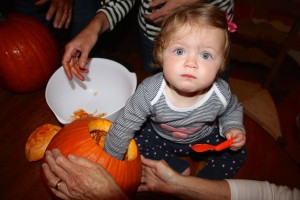 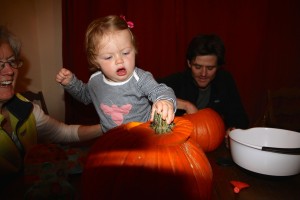 These big orange things are fun

Sawyer in her dog costume that Dianne & Ken gave her

Vets and our dog 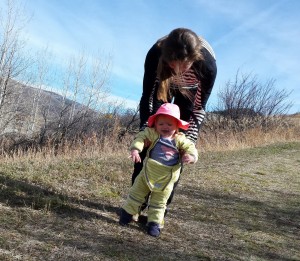 Learning to stand on her own two feet 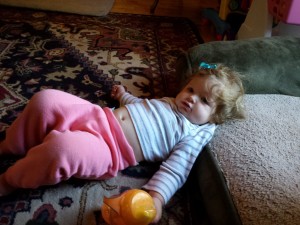 She likes this “standing up” thing 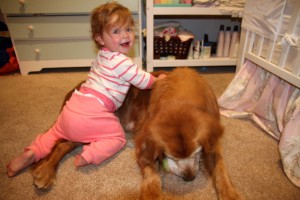 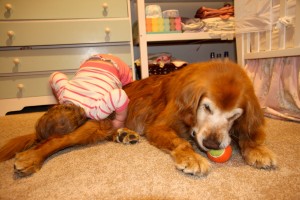 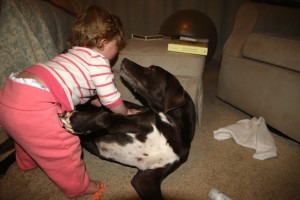 And, of course, Kona tries to give Sawyer kisses

Recovering from a fairly serious right elbow infection called Olecranon Bursitis brought on by dirt getting into a cut on the elbow joint’s bursa sac (as a result of off-width crack climbing), I was anxious to get out a bit longer than an hour hike or run. I couldn’t really climb, so Kona and I just went for a snowshoe up at Vail Pass. In retrospect, I should have brought the skis, but it was a good recon mission to the peaks north of Vail Pass, the highest of which is Uneva Peak (12,522′), which we frequent quite a bit in the snowy months. There was even another subtle 12er I had never visited dubbed “Sneva” that I thought I would pay a visit. Getting an alpine start of 11:30am, Kona and I followed a decent track up into the small bowl below Uneva Peak that provides very mellow and low-consequence backcountry skiing even during high avalanche periods. 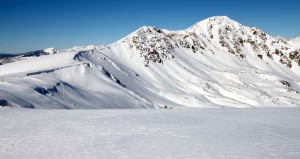 Uneva Peak (at far right) with its false summit in the center of the picture as seen en route to Point 12,363′ 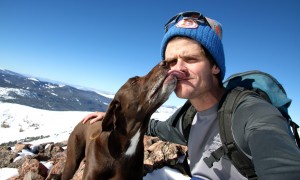 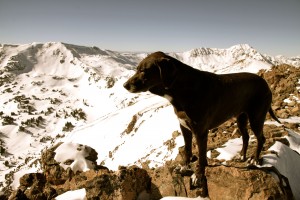 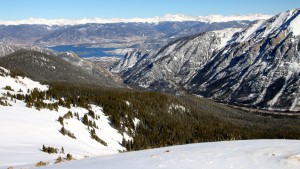 Looking east to Frisco and Lake Dillon from Sneva’s summit 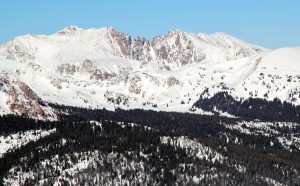 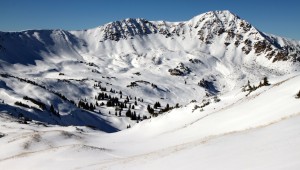 Looking at Uneva Peak from Sneva’s summit. I asked Kona if she wanted to go summit Uneva again for the nth time. She said she wanted to as it was such a nice day 🙂 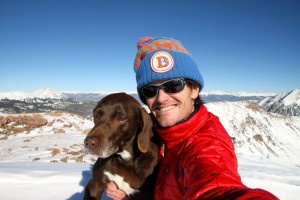 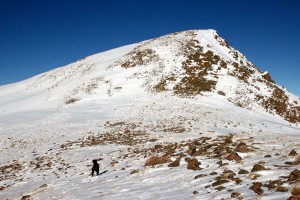 Kona and Uneva’s final pitch to its summit

Uneva Peak summit (12,522′). Always good to be on this little summit. One of the very few times I can remember essentially no wind

And, Sneva from the summit of Uneva with the Tenmile Range behind

With that little 5 hour outing up high in the snow, I am a little more excited for the winter months. However, I still want to do more climbing in the desert and get this elbow all better.

A map of our snowshoe jaunt. About 5 hours and 8-9 miles roundtrip with roughly 3,000′ vertical gain